Toward the Valorization of Lexical Obfuscationizationism in Academic Discourse: Some Recommendations

Suffixation: A suffix is a morpheme added at the end of a word to form a derivative, e.g., -ation, -fy, -ing,-it is (My computer, July 16, 2016). Suffixation can be a powerful tool in the arsenal of academic writers; it can turgidify and obscurantize virtually any expressionization, to salutary effect. Gerunding is one simple technique that is already widely applied and / or adopted by doctoral students in mimification of their academic mentors. However, gerunding represents only a first step toward academic opacity; it can be intensified immeasurably if extended to incorporate gerundificationizationism. Graduate students and their mentors should spare no effort to pursue this path, inasmuch as no single praxis will do as much to minimize the risk that readers will notice how little they actually have to say.

Repetition, reiteration and redundancy: Systematic analysis of academic prolixity using Hallucinology® software indicates a growing and increasing trend toward repetition, reiteration and redundancy among scholarly practitioners. Any idea, concept, and/or logical expression can be enhanced and intensified by multiplicative reiteration and repetition. Even constructs of limited veracity or verisimilitude can be augmented if sufficiently repeated and redundified. Therefore, the multiplicative reiteration and repetition of semantic modules is to be advocated and admonished for all scholarly and / or academic practitioners, especially those who, in the absence of this practice, might be discerned and discovered to have minimally masticated the material they are endeavoring to convey to an insufficiently befuddled audience.

And / or: The construction “and / or” has by now replaced the use of “or” in virtually all academic writing and is well on its way to sweeping the field in publications of all sorts, with the limited exception of those written by and / or for those who are literate. This is to be applauded, inasmuch as the new expression (i.e. “and / or”) denotes the same idea as its simpler predecessor, more turgidly, polysyllabically and therefor credibly. Unfortunately, this new hegemony brings with it occasional moments of imprecision. On rare occasions, a writer means to say “and” but not “or,” there are even occasions when one might mean to say, “or” but not “and.” For example, imagine that you are writing an email to your spouse (who, we must imagine, is sitting across the table from you at dinner) about the possibility of inviting Bob and / or Barbara to a dinner party; the difficulty is that the erstwhile couple has recently filed for divorce. In this case, an invitation issued to both might prove awkward. A solution suggests itself; the difficulty now is how to convey this prosaically to your partner. It will obviously be insufficient to say that the invitation should be issued to “Bob and / or Barbara,” since this does not specify precisely what you intend to convey. You should therefore write, “The invitation should be issued either to Bob and / or Barbara, but not both.” This will clarify the matter and keep you in good lexical company. Why you are writing an email to your spouse when he and / or she is sitting across the table from you is a matter we need not consider here, since the practice is by now ubiquitous.

Conclusion: Systematic applicationization and / or adoptationing of suffixation, repetitionization and / or the usage of “and / or” will enhance the opacity, turgidity and redundancy of academic discourse. Although the trend is by now well-established, anything that can be done to further indoctrinate graduate students and / or their less prolix professors in the praxis should be promulgated.

In other words: It has become fashionable in some circles to disparage academic writing for its obscurity. This seems to me a bit like criticizing a tiger for eating meat: The judgment is accurate, as far as it goes, but it rather misses the point.

Of course academic writing is obscure—if it were not, think what would happen. First of all, anyone would be able to write an academic article; all that they would need would be a good idea and some evidence. If this were the case, how would we distinguish between those who deserve to be taken seriously – that is, those who have paid their tuition – and those who should not?

Second—and this may be the more important point—if professors and graduate students wrote so that anyone could understand them, it would soon become evident to the meanest intelligence—that is, those who have not paid their tuition—that these authors rarely have much to say.

Obscurity, in short, is not a failing in academic exposition, it is, rather, the heart and soul of the enterprise. It is with these ideas in mind that I offer the preceding recommendations to those who would build a career in the profession I so dearly love. 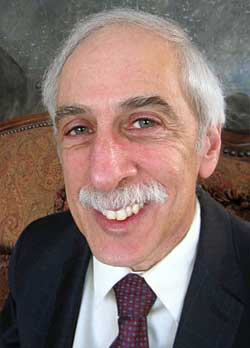 Rick Oaks
RICK OAKS, PhD studied psychology and sociology at Harvard, received his Ph.D. in clinical psychology from Michigan, then did two post-doctoral fellowships at Yale. Since then he has taught many courses on research methods at both the undergraduate level and in a doctoral program in higher education leadership.